Luis Garcia received his Bachelor of Science Degree in Biology from Boston College in 1997 where his genetic research landed him in an international scientific publication (Development, 1997) as an undergraduate.  He received his Medical Degree, from Universidad de la Sabana in Bogota, Colombia in 2005 and served as Medical Director and Chief Science Officer of “Salud Futura” Clinic in Bogotá, Colombia until June 2010 where he worked with Neurofeedback, Neural therapy, Ozone therapy, Homotoxicology, Neurolinguistic Programming, Chelation therapy, DMSO therapy, Bioenergetics, Nutritional therapies, traditional western medicine and Biomagnetism.  Dr. Garcia is licensed to practice medicine and surgery in Colombia, South America. He is currently applying his knowledge of complementary and alternative modalities as well as providing bioenergetic, magnetic and nutritional modalities that support normal structure and function with clients in the New York-New Jersey area.

Dr. Garcia honed his Complementary and Alternative Medicine (CAM) skills by learning from top experts in the field. He has spent many years traveling throughout the US, Mexico, Cuba, Ecuador and Colombia mastering an extensive variety of CAM techniques. His goal is to stabilize the body’s pH and stimulate the immune system through the use of magnets and bioenergetic therapies, which assist the body to regain its self-healing electromagnetic balance naturally. Dr Garcia is recognized in Colombia as one of the leading CAM medical experts in areas including cardiovascular disease, gastrointestinal disorders, diabetes, chronic fatigue, autoimmune disease, cancer and other concerns associated with aging.

Involvement of programmed cell death in morphogenesis of the vertebrate inner ear. Development 124, 2451-2461

Genetic Analysis of Hereditary Distal Myopathy in a Colombian family.

Polymorphisms of Fcγ and Dnase I and Their Relation in Systemic Lupus Erythematosus Patients from Colombia.

Dr. Isaac Goiz teaches and practices Biomagnetism and Bioenergetics to physicians and medical professionals in many countries such as USA, Germany, Spain, Italy, Mexico, Chile, Ecuador and others. He also has an active clinical practice in Mexico City.

Dr Goiz was born in the City of Puebla, Mexico, in 1941. His father, Dr Isaac Goiz Juarez, was a medical surgeon and his mother, Vivian Duran, was a teacher. Together they provided the foundation that was essential for their son to become a physician. Whilst he was still a teenager, Dr Goiz’s mother died of cancer. He saw how the medical procedures of the day were unable to save her life. This experience created a preoccupation that guided his career towards medical research and finally to the discovery of Biomagnetism.

Whilst working at the National Institute of Pulmonology of Mexico in 1979, severe cuts in the hospital budget motivated Dr Goiz to incorporate alternative medical practices such as acupuncture and other therapies into his daily practice. These changes convinced him of the existence of effective alternative therapeutic solutions.

In 1988, Dr Goiz attended a course about energy medicine and the importance of pH in human health organized by the League of Alternative Medicine in Guadalajara, Mexico. He had the opportunity to hear a speech by Dr. Richard Broeringmeyer of the United States, who in the 1970’s discovered that the use of magnets could promote a more efficient diagnosis method through the principle of “Intelligent Muscle Response”. (A modality originally discovered by Dr. Goodheart in the United States in the 1960’s) This knowledge shaped the basis for Dr Goiz’s theory of the Biomagnetic Pair.

In 1988 Dr Goiz discovered a new way to fight viruses and to inhibit their presence in the body. This was the year he discovered a new approach to medical science, the Biomagnetic Pair. This approach provides a methodology to explain diseases and their definitive cure from an energetic point of view.

Dr. Goiz is sponsored by two major universities, The Autonomous University of Chapingo in Mexico and The National University of Loja in Ecuador. His first three books “The Biomagnetic Pair”, “Aids is Curable” and “The Tumor Phenomenon” navigate various sciences such as chemistry, physics and organic chemistry. These books help piece together all the facets of these illnesses and move toward solving them. 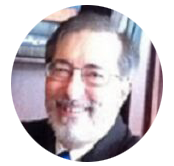 Ralph Fucetola JD received a B.A. with Distinction from Rutgers University, 1967 and a Juris Doctor (Doctorate in Law) from Rutgers Law School, 1971. Since then he has been active in the business and public service communities and practiced law (from 1971 through 2006) specializing in the Nutrient and Alternative Health fields. Counsel Fucetola has been widely recognized as a leading attorney in the field, receiving numerous awards, including a Citation of Merit from the National Health Federation (www.thenhf.com) in 1979 and a Meritorious Service Award (from the Institute for Health Research, www.inhere.org) for his role in the 1995 DHEA Cases on behalf of the Life Extension Foundation. Counsel Fucetola limits his consultancy practice to claims, advertising and label review, asset protection, and consulting with marketers, consumers, advocates and local attorneys regarding Health Care Freedom issues, petitions and litigation. He has varied business background experience, including direct management responsibility with companies in the following fields: Dietary Supplement Products and Alternative Modality Products, Real Estate Management and Construction; . He is Counsel to and a trustee of Natural Solutions Foundation, www.globalhealthfreedom.org.