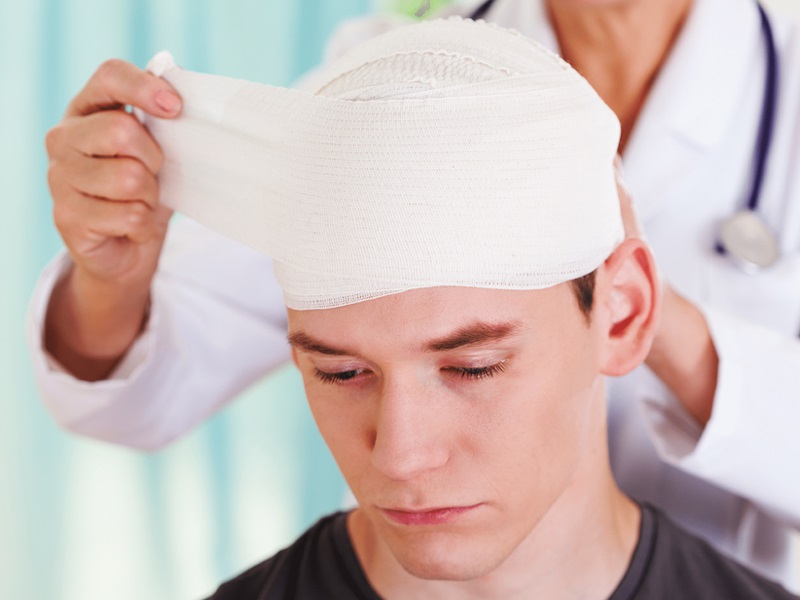 Can Biomagnetism (BM) benefit people with current or past brain trauma?  YES!  What exactly is a Traumatic Brain Injury (TBI)?  According to the Mayo Clinic, a TBI can have wide-ranging physical and psychological effects.
Some signs or symptoms may appear immediately after the traumatic event, while others may appear days or weeks later.

The injuries may be mild, moderate or severe and can show physical symptoms such as headaches, loss of consciousness, nausea or vomiting, drowsiness, dizziness, sensory symptoms such as sensitivity to light or sound, cognitive or mental symptoms such as memory, concentration or mood changes, anxiety, depression and other varied symptoms.

On a chemical level a TBI is the interruption of a stable local pH environment being replaced by the release of cortisol (stress hormone) and adrenaline.

Once brain trauma occurs, there is a buildup of fluid, inflammatory markers are released, and pressure begins to build up in the head.

How Biomagnetism can Help?

Through the use of BM some of these reactions can be avoided and optimized to accelerate appropriate healing.

What experience has Dr. Garcia had with TBI and Biomagnetism?

Not only have I had experience with hundreds of patients and clients over the years but when my own 7 year old daughter experienced a nasty fall and landed on the back of her head, I thanked the heavens and stars for having guided me towards developing a protocol for TBI to benefit everyone!

Little did I know that, years later, my protocol would help my own daughter in so many ways.  After having fallen on her head, she cried a little, rubbed her head and got up and continued to play with her cousins again. That evening, despite my intention of applying magnets on her to avoid possible acute issues, she was too busy and entertained by her cousins to let me interrupt her for an hour and place magnets.  The next day, she was apparently fine and we went out all day and I suspected that perhaps the fall had not been so bad.

However, the following morning (36 hours later) immediately after breakfast, she suffered from extreme nausea and vomiting, malaise and lethargy.  Unfortunately we had to fly to another city early morning and so I had no time to apply Biomagnetism on her.  After arriving to our final destination, she was green / pale in color and I questioned if I should take her to the hospital for analysis including a CAT scan of her brain.  Fortunately, I figured at a minimum I should apply the therapy and place magnets on her to see if I could help her snap out of such debilitating symptoms. If she didn’t improve then I was going to take her to the hospital.  I did a 1 hour Biomagnetism session on her, she got up walked around and stated that although she felt much better, she still felt a little dizzy.

I had her lay down for another session and started all over again and completed a second session of Biomagnetism because I realized that she was making progress and that I should continue to see if I could help her recover even more.  After completing the second session, I asked her to stand up and walk around and as she did, she looked normal again and mentioned that she felt perfectly fine. She no longer felt dizzy, weak or nauseas anymore!  Just to make sure and test her out, I had her do several jumping jacks which she did with flying colors and 2 hrs prior couldn’t even stand up straight at all. She then proceeded to have a bowl of chicken and vegetable soup and felt even better afterwards.

The next day, she felt completely normal and I did one more BM session and this time did not find any more left over pH imbalances in her head from the TBI like I had the night before. This is just one of the hundreds of successful experiences that I have had with TBI’s over the last 11 years.

How to apply Biomagnetic Therapy after a TBI?

For biomagnetic balancing after a TBI, place the Red side of a powerful neodymium magnet directly over the injured head area (secure with tape) and place another corresponding opposite magnet pair Black towards the Bladder in the center of the pelvic region to drain the inflammation from the head down to the bladder and out in the next urinary episode.  Additional pairs that may also help TBI’s require muscle testing and observing leg length discrepancies in the client. Depending on how intense the trauma was, additional magnet pairs must be placed on the head either directly on or near the area of trauma.  The different specific magnet pairing combinations may help drain inflammation and edema through the urinary system and out of the body in the most natural way possible.  According to where you find yourself around the world (Latitude) leave these pairs on for the recommended number of minutes as found in the guidelines menu tab in our Beyond Biomag 3D app.  When magnets are properly applied in Biomagnetism, they may help restore homeostasis to the head and optimize TBI recovery through improved metabolism, reduction of inflammation and an increase in the appropriate circulation.

The longer someone has been dealing with a TBI, the more inflammation and the more off balance the brain or system has become and the more areas will have been affected and the more BM sessions will be required.

Many of the pairs used for balancing pH in the head regions can be found in our Beyond Biomag 3D app.